The other night Lauren and I caught the new film “Ruby Sparks”. Written by Zoe Kazan, Hollywood royalty, and directed by the team that brought us the quirky Little Miss Sunshine a few years ago, “Ruby” seemed like a well-constructed re-visitation of a familiar theme: “If you had the ability to control, edit, and ’tweak’ the behavior of your love interest, would you? And if you did, could you ever possibly be happy with the result?” While the trailer didn’t seem to promise the exploration of any new territory, we were pleasantly surprised to find that it was willing go to new and interesting places. 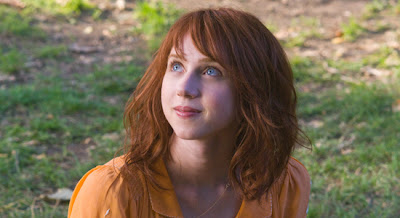 While the unattainable pursuit of perfection was adequately covered in satirical, feminist context in The Stepford Wives, “Ruby” goes one step further and asks: “What would it mean if you ‘perfected’ your partner and were still unhappy / narcissistic / a jerk?” Satisfyingly the film lets its protagonist, Calvin, as portrayed by Paul Dano, wrestle with this question at length. Deprived the comforting lie “If only she were just more / less like this, then I would be happy,” Calvin has some dark nights of the soul to wrestle with his loneliness and greedy need to “have” the perfect girl.

Unlike less-satisfying romantic comedies (which I hate to label “Ruby” as), Ruby, the seeming Manic Pixie Dream Girl (cf. every Drew Barrymore movie in the ‘90’s) doesn’t stop everything in her life to “fix” or “rescue” the male lead (typically a slick-haired, investment banker who’s forgotten how to laugh but who, by minute 74 will have reconnected with his family and get the girl before the credits roll). Instead she’s the catalyst for Calvin to think about himself as a person, as a member of a family, as a member of society. The film lets the audience see the male protagonist twist in the wind with this slow realization of where the problem lies. Thanks to Kazan’s committed portrayal we like her and realize realize her loss would be tragic for Calvin. Thanks to Dano’s honest and vulnerable portrayal the jeopardy of this loss is real.

The movie travels to interesting places, but none of the growth feels either Pollyanna or unrealistic. It’s a movie that covers the pain of realizing that, ultimately, the only human that can give you happiness is yourself, and that the only person whose permission you need to be in love with a person or life itself is your own. I would definitely recommend it for its quality writing, honest and committed acting, and its interesting exploration of relationship dynamics. I also have to say I loved Annette Benning as Calvin’s hippy “beachsides and canyons of Southern California” mother and Antonio Banderas as his fuerte, artist stepfather. The movie makes wonderful use of character foils and the talented cast make the foils’ machinery work to tell the story.

What I find so interesting is that in both “Ruby Sparks” and in last year’s film “500 Days of Summer,” the movie let the male lead realize (or fail to realize) that he, at present, is unworthy of the female lead and that he can’t keep both her and his illusions (or his miseries) without crushing her spirit, the essential part of her that inspires his affection. The arc of the later acts shows his growth and decision about whether to grow beyond his illusions and misery (and become the type of man who deserves the amazing girl).

As Summer’s portrayer, Zooey Deschanel, keenly noted: “Wait, [Summer]’s a bitch because she didn’t want to date that guy [who is in love with her being his girlfriend, not her per se]…if that makes women bitches, then maybe we’re all bitches.1”

I find this change in attitude fascinating given that at the end of the terrible, What Women Want, Helen Hunt’s character, after being undermined and systematically intellectually pirated by a childish chauvinist (Mel Gibson’s character) for a seemingly interminable 120 minutes, feels it’s her duty to rescue him(!).

What kind of knight in shining armor would I be if the man I love needs rescuing and I just let him walk out my door?"2 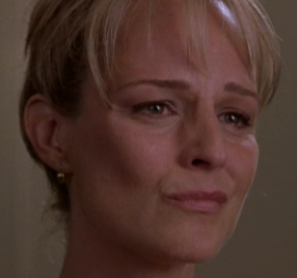 Wait, seriously, you want me to say this?

“500” and “Ruby” suggest a new mode of thinking for a new era: it’s not the girls’ damn job to rescue you. Buck up and be a man worthy of being with a dream girl.