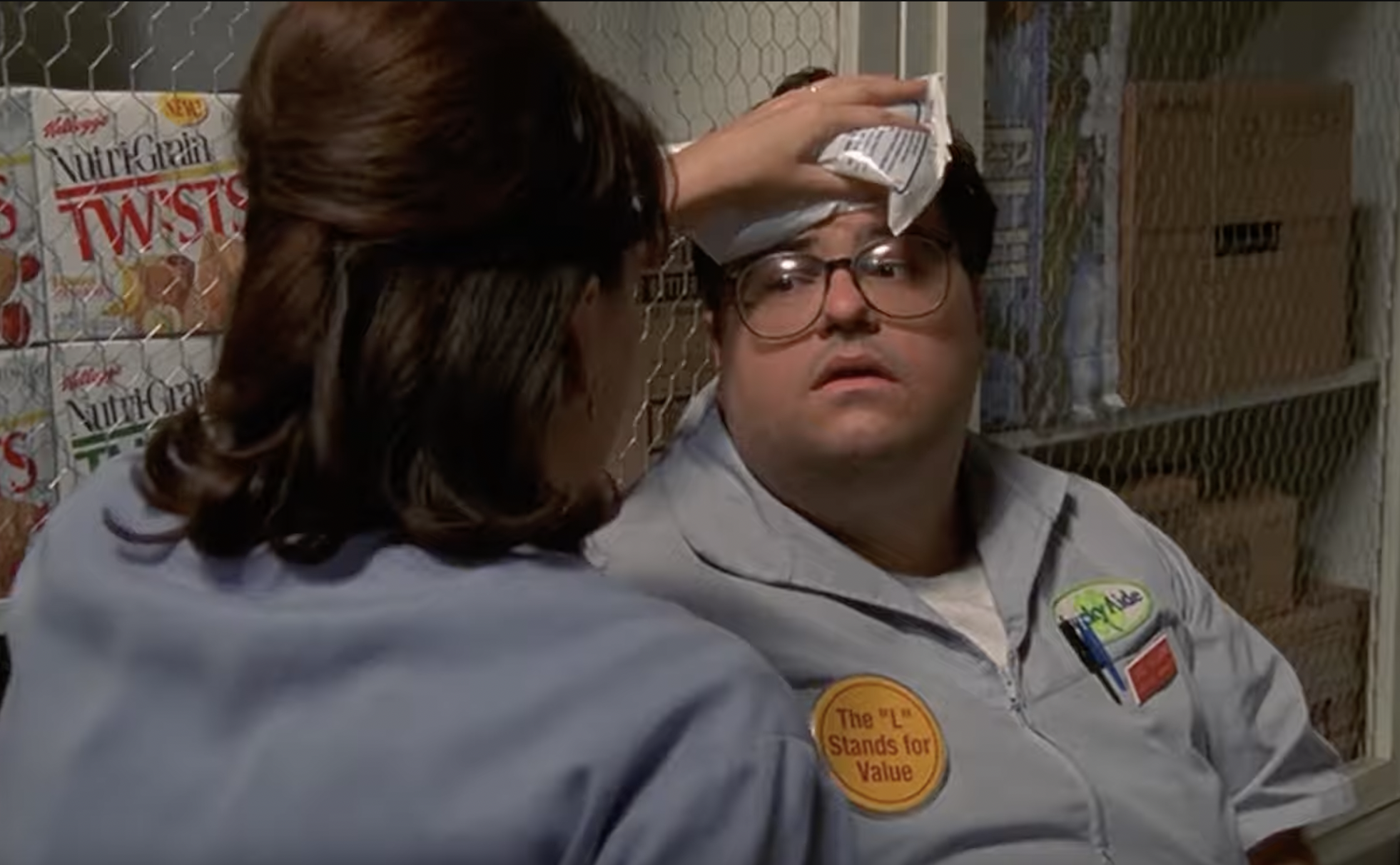 "Malcolm in the Middle" Episode I Can't Forget

In the early 90s, I was often bouncing between San Jose and. Austin. Oftentimes, I’d spend the night in a hotel on Sunday night before catching the early morning flight back to the West Coast. As part of the Sunday-night return ritual, I would catch the airing of Fox’s “Malcolm In the Middle." One episode, one scene, has stuck with me across all these years and remains my most potent memory of the show – and that’s saying since this show introduced Bryan Cranston, soon to be Walter White, to wide popular notice.

In episode, “Robbery (2000),” the working-class-to-working-poor mother of the series, Lois, portrayed by Jane Kaczmarek, is working the night shift at her retail pharmacy store job at someplace that looks an awful lot like Phar-Mor when she and her man-child boss Craig (David Higgins) are taken hostage as part of a heist to rob the store. It’ll all be over, assure the bad guys, as soon as the manager surrenders the safe combination.

The irony is that corporate doesn’t trust Craig with the safe combination. Yet he can’t admit this as he would be humiliated by doing so and losing esteem in the eyes of Lois because, lo, he has been secretly carrying a torch for her.

This development is shared with Lois in the third act and then something remarkable happens. In full pity, Lois apologizes for the fact that she is now going to completely and utterly break his heart so that he doesn’t bear any illusions that there could ever be a future between them. It’s this scene captured here. Owing to the recent arrival of Alexander, doing hands-free entertainment while hands-full of Alexander has become a regular part of my life. As such, I’ve been going through some of my archived, but unplayed backlog and I really enjoyed the interview between Alec and Todd Rundgren. I’ve never been a fan of Rundgren’s music and, honestly, this podcast really didn’t change my mind.

This is my first newsletter since the newsletter that announced the arrival of our Alexander. For anyone who has ever had kids, it’s no surprise that there’s been a multi-month gap since that last post and now, but Alexander is showing some signs of finding a routine and a groove so that maybe I’ll be able to return to these with some regularity. Herein find an Alexander update as well as some blog posts that I had queued up uhm, since October.

How I Conceive of Mastodon