Greeting any new Leaguers while The League is away

I am a huge “This American Life” fan. Last year, for my birthday, The Leagues’ bought me an iTunes gift card which I promptly spent on TAL episodes. I got into it when I first moved to CA. Not knowing many people, having those stories there late on Saturday night became part of a ritual that helped me transition to living there.

My absolute favorite episode is #74 “Conventions”. The first segment ( or, “act”, according to show host Ira Glass ) introduces John Connors, a man from the midwest who goes to New York City for a weekend to celebrate “Dark Shadows”.

“Dark Shadows” is the Gothic-themed soap opera that showed on ABC in the late- 60’s: it’s pacing is nothing short than glacial, the production value is iffy, and the egregious use of the Theremin might be against the Geneva Conventions.

At the end of the convention, Conners feels “Dark Shadows”-fatigue and seems to be experiencing slight embarrassment while relating a story about a woman who, in the convention hall, before a panel of DS cast, bellowed:

Conners seems to have felt the shame that only a true fan of something cultish can experience. You’re shamed by the action of the other fan, but you’re also a bit shamed because the zeal of that fandom exists in you, although maybe not in dictum-bellowing grandiosity.

In the end, Glass gives Conners a chance to say on the radio “‘Dark Shadows’ rules”. Laughing, with a hint of shame, and very quietly, he says it.

I think this explains the way we all feel about our guilty pleasures that we obsess about.

I have felt this way about my love of Rush for many years. There’s a huge fan-base for the Canadian power-trio but most of our lives we live in the closet, but upon finding one another, there’s the immediate understanding. 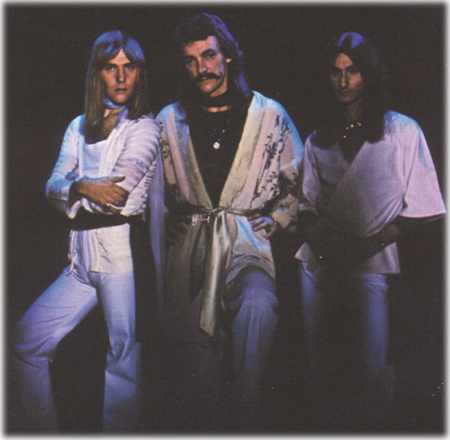 the unbelievable bass breakdown to the slapback-effects laden “Free Will”, the poetic allegory of “The Trees”, or the master’s essay in Moog known as the record Signals? Much less to a pretty girl?

In the utterance of “Rush Rules” to end them all, enters the pean by one Stephen Colbert:

Recently I discovered that fellow Leaguer and former resident of the Hall of Justice itself, Nicole, has an aptitude for sythesizer. How totally awesome would it be if sweet, petite, gently sweet-Texlahoma-lilt-voiced Nicole were to get up behind an ersatz wood-paneled Moog and rock the socks out of the synthesizer-solo of “Tom Sawyer”? Equally acceptable would be the synth denouement out of “YYZ ( that’s Why-Why-Zed for the uninitiated )”

Although, playing that synth solo may be the synth crowd’s version of walking into Guitar Center and playing “Stairway”.

Rush fandom is a weird thing, but it’s oddly virulent. Even my Sublime-n-Sunshine SoCal girlfriend, of late, under the sway of the Teutonic Thunder drumming of Neal Peart has confessed that she has the sneaky suspicion that what I’ve known for many years may be true: