I was looking for things to do in Austin related to Halloween and discovered the excellent site do512.com ( “512” being the Austin area code ). It’s clearly the best “what’s going on in Austin” site that I’ve found to date. Austinist isn’t bad, but it certainly doesn’t have the full breadth that I see at do512. While I find hoary old Citysearch to be a reliable source for a few reviews, the layout and the decidedly Web 1.0 interface make searching and comparing a bit, well, “old-feeling”. So, hooray for Do512.

In any case, there we read about some Halloween parties and, by chance, about two-step swing dancing classes held at Austin’s venerable Broken Spoke on South Lamar.

Now, growing up in Houston led me to reject all things C&W; related because I wanted to be aligned to Houston: “The city where opera and theater and musea and coffee houses are” and not Houston: “15 minutes north of here there are pastures” ( not true anymore, there are strip malls ). As such, I never would have countenanced listening to KIKK or KILT ( the dominant C&W; radio stations at that time ), much less considered it an worthwhile use of my time to visit a dance hall and try to figure out how to do a two-step. Over my college years, Austin’s brilliant KGSR and KVET softened my stance somewhat as I was introduced to Austin C&W; ( Willie Nelson, Los Super 7, Doug Sahm , Hank I, Johnny, etc. ). But I must say, going down to an authentic Texas dancehall, having a Shiner, and mangling Lauren’s feet sounded like a good time to me, so we resolved to go Thursday after my classes.

The class is taught by members of the Solid Chrome Dancers and was made to be easy and non-threatening by the teaching staff.

In all, it was a great night out: heard some Doug Sahm (“Mendocino”) and wandered through the magical air where Willie and the Family have made more than a few boots stomp. Thereafter we returned home and watched Disc 3 of Season 1 of “Rome”

Lauren and I are still on this absurd schedule that ends around 3 in the morning and gets up around 11. I’m going to be forced to break out of that next week as I return to work. That said, when we got up around that hour today and took her car over to get a few things looked at. The A/C was flaking out and the passenger side window glass had slid into the door. When it rains, it pours.

Thereafter, we had lunch at the Whole Foods on 183 and Mopac before heading home.

Tonight was the much anticipated release of Apple’s newest operating system: Leopard. Being the ur-Apple-zealot I am, we headed over for the 18:00 release at the store at The Domain. Once the fateful hour was struck, the crowd moved quickly and efficiently through as I and a few hundred other people handed over their C-note for the latest iteration of the OS X system. The main reason I went today, was to get the free T-shirt, I honestly don’t think that I have sufficient time to do the install and get everything I have working working again. 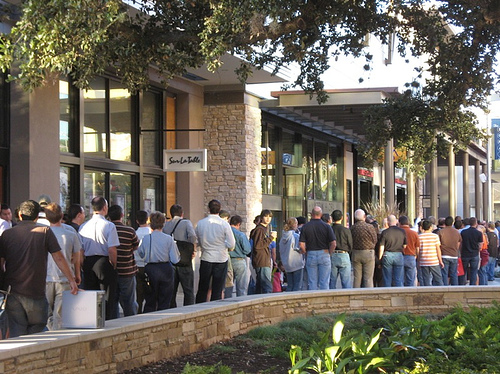 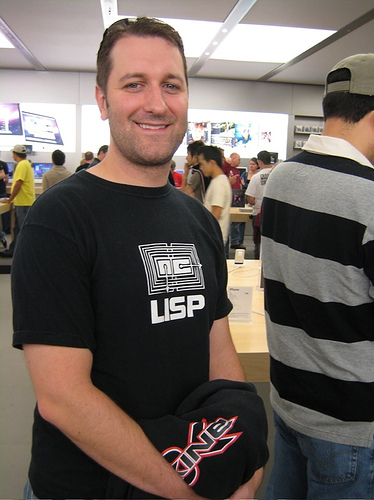 Further, with some of those applications being essential to my work / school function, I don’t want to have to be under the gun trying to get something working as the early adoption bugs get worked out. So, I think I’ll hold on to the DVD and wait until a point release or two rolls past.

I have to worry a bit because interfriend Daniel Miessler surely was picking up the release too and yet his site hasn’t been updated. I hope he has not befallen some ill from the install process.

After the trip to the Apple store, Lauren and I got busy buying the products that we will use to make our Halloween costumes. Upon coming home Lauren had to make a plaster of Paris cast of my face. After the cast hardened she proceeded to start painting it. I’ll not tell who we’ll be masquerading as until I get the chance to put some pictures together. I helped on a part of her costume and thus here we are, again, at 2:30 about to go to bed. 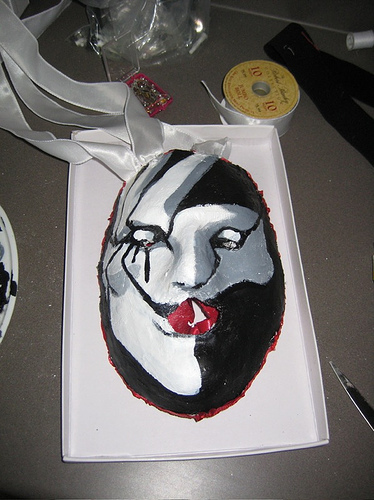