If you came across this web site because you’re looking for attractive, nude, naughty pictures, you’re at the wrong site. Go back to google.

If, on the other hand, you’re interested in getting a closer and better shave, hang out here for some interesting discussion.

I have always had a beard that makes most sandpaper jealous. I don’t remember when it happened exactly. I remember some time in high school feeling these hairy, like real hair, wisps lurking around the edge of my upper lip. It was some warm water, and two quick strokes from a Gilette that would properly have me looking dapper and respectable as per the Code of Conduct.

Yet things definitely took a turn for the more hirsute around 1992, soon my face was covered with hair. It was strong of will, unruly of direction, and knew no hint of grace. Forced as I was to shave daily, it wasn’t long before I was plagued with nasty razor bumps that the local dermatologist recommended an antibiotic for.

I never had a comfortable relationship with shaving for the rest of my high school career.

Off to college, I was liberated and, thanks to my Braun with handy close shave attachment, I could achieve a permanent 5 o’clock shadow that prevented my face from looking red and puffy.

Yet the ladies, fickle fillies that they are, preferred your humble narrator to by smooth of flesh, and so it was in vain that I searched for a solution through study abroad and into my return. I soon embraced the Mach 3 ( although my checking account did not ) and found it to do the job.

In 2000 i made a revelation: Hot Hot Water ( during a shower ) + Norelco ( Philips ) goo-shooting electric shaver + premium shaving cream (“metrosexual shaving cream” to the Social Bobcat and his soon-to-be-bride ) was a combination that would allow me to shave daily without pain ( although this was a lengthy affair ).

This has held me until this year when I read an article on MSNBC about “How to get the perfect shave”. This introductory guide to wetshaving introduced a few important pieces: 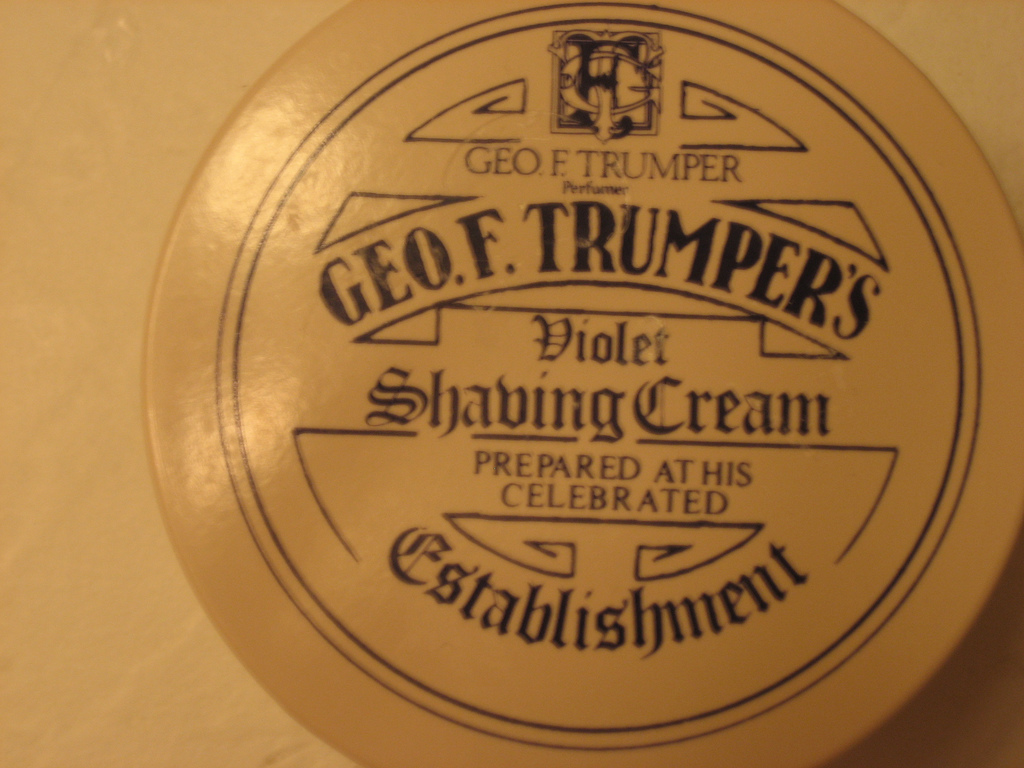 Now, as with any change in shaving regimen, if you change, you need to stick with that change 21 days. As with my electrical method above, if you don’t give enough time to your hair to adjust to the new treatment, you will not be in a position to judge whether the technique under test is a match to your skin type. You simply can’t. You must be ready to go the distance of a few days.

To this end, you will need a stypic pencil at first.

That said, I have gotten much better over the course of three weeks. The first attempt was on a leisurely Saturday. I was so timid that i went one direction only and missed a lot of spots ( hard spots ).

Since that time I have adopted a two-pass method. First i lather up and do a north to south stroke. That completed i carefully go through the patches of beard on my face that go in one direction. As I mentioned above, my hair goes every which direction. So on the right side of my face, against the grain is right to left; on the left side of my face, south to north; under my chin, east to west. It’s long but it is so very, very close.

Further this shave lasts the full day. The showerin’ electric method above had me in 5 o’clock shadow by 2pm, this method keeps me cool and close until well past dinner.

The initial costs to get going were not cheap - look to about $100.00 to 150.00 to get established. Nevertheless, you’ll be joining the great tradition of men who were men, who drank gin in the evening, who knew how to take a punch, and