When I left Texas for wealth, fame, fortune, and desolation in the Silicon Valley in June 2000, I was in the habit of listening to “A Prarie Home Companion”. On the first show after my move I heard The Derailers sing a song called “California Angel”.

It seemed appropriate to me, at that time, that somehow “APHC” and The Hand of Fate knew that I had moved and they needed to welcome me to California with a bittersweet song about those whose lives are cleft twain by the need to be in either the Golden State or The Lone Star State while raw emotional ties lie severed behind in the other.

While the lyrics don’t map exactly to my situation at the time, here they are:

Somehow hearing someone sing about Texas, while I was in that “other” former Mexican possession helped me feel not so far away from the familiar.

I have long had an affinity for Austin’s own KGSR and it was on this station that I had first ever heard of The Derailers.derailers.com/). KGSR was an important tool in evolving my musical awareness from the “alternative” scene that was waning in those days ( and that now seems so utterly ridiculous: how can we still be doing the Nine Inch Nails thing 15 years later, I’m looking at you 101X? ) to the more artistic, a bit more country, a bit more rock, a bit more folk blend that I like more these days.

It was on a warm summer evening in my early days as a freshman at the University that I heard “Tear Stained Eye” by Son Volt, it was on their frequency that I first heard the dirty, grinding, jangly guitars of Lucinda Williams’ masterpiece “Car Wheels on a Gravel Road”, it was there that I heard Ray Wylie Hubbard’s “Conversation with the Devil”, for me Austin is KGSR and Magnolia Cafe and a cold sweating beer on a muggy night at Shady Grove.

This in mind, upon my return I quickly re-calibrated my radio presets to put 107.1 in slot number 1 as I re-entered town. It was on this station that I heard Dave Alvin’s version of “Here in California”. Below is a quote of what I remember from the first listen:

I didn’t catch all the lyrics, but when I came to read them, I learned that this song was, in fact, penned by Kate Wolf, a folk singer in that strange folk axis that joined Austin, Texas and the Bay Area in the late seventies. And now here I was, another person in that strange Austin / Bay axis. 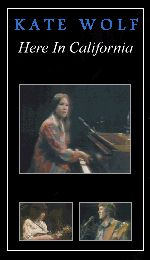 Yet I had a mentor in being a person of this axis: a professor. The professor was my MIS 333K professor, Rick Byars. Byars’ class, in a word, is a bitch. Regrettably the MIS program has no weed-out class to abuse the other majors with early on. 1 Instead, the class that will tell you if you might have a chance in IT is MIS333K (thus it’s a weed-out of people who have already been weeded-out of other disciplines: IT people are clearly masochists). In this class you’re expected to put all that business programming knowledge you gained in your previous classes into effect. The crowning gem in that 6 weeks before the final you’re given a project specification which you, and 4-5 other students are expected to deliver. It’s an introduction to all-night coding, picking up slack from other slackers teammates, and trying to get something delivered.

The last class of the curriculum is Rick’s story of his life. An MIS degree gives you some really difficult talents and opportunities. When you’re that much in demand on graduation (or at least at the zenith of the ’new economy’) and the work is not ending, and you’re competent, you can easily get caught in the pursuit of thin things. Rick knew of this tendency and danger and tried to warn us of it. Like most advice though, you don’t see its truth or relevance to your own life until after you have made those same damnable errors.

It was thinking of Rick’s speech, and that all the alums who came back talked about how important it was, that replayed frequently in my mind these last several months as I thought about leaving the Bay. Rick had been a folk musician in Austin (performing on the Drag with musicians (and later “Night Court” judge Harry Anderson) ), and then headed to the Bay. I’m not sure of all the details, geography, or chronology, but I know he taught computer programming at a community college system somewhere in Northern California and I know he spent time as a white water rafting guide.

And then he came back to Austin to teach and become one of the MIS degree program’s most venerable institutions. This lecture about choosing a good life, not just the comfortable life full of stuff, is surely one of the reasons why. He would play guitar a bit, sing a bit, show us his record ( these old vinyl things that make music when you run a needle on them ) and we’d laugh a bit.

He also would spit out a 5 bar blues every year about what a bitch the 333K class was, it’s always a good laugh.

I always thought it was a good circuit and a good story. His was a good stretch of a life spread across a number of years. I was amazed and, because of my respect for the man, a bit thankful to see that I, too, had completed a similar odyssey to the West Coast, had good adventures, had good experiences, before heading back to the Capital City.

And so I too was back, listening to those words and thinking about how the Californian hills do turn brown (although I’d call it more gold) in the summer time. I decided I’d like to know more about this sweet and observant songwriter, Kate Wolf. I learned that she had fallen victim to leukemia, tragically cutting short tender lyrics before their time As I looked to find out about her recordings and catalog, I came across this image in Google2. 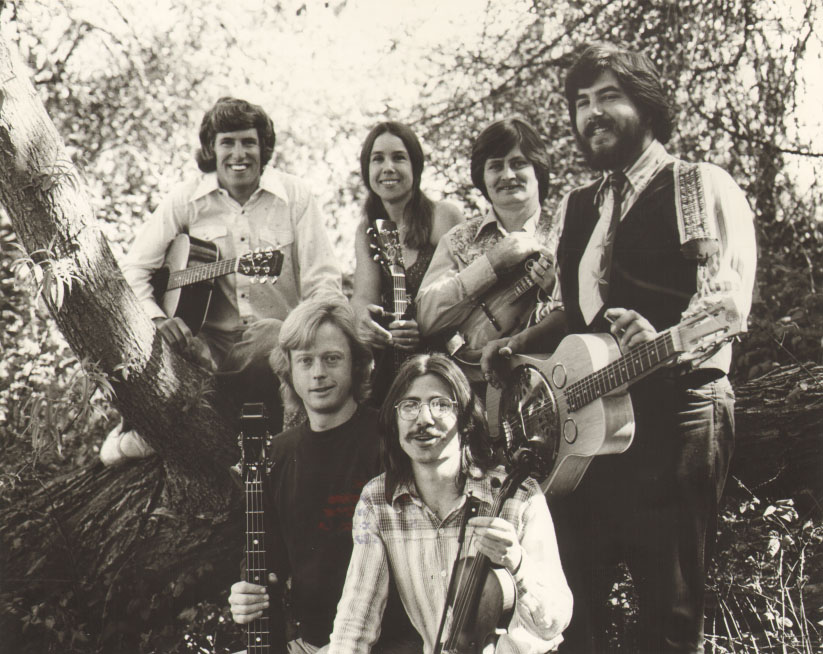 To Ms. Wolf’s right, with the same smile that I often saw in my classes is none other than teacher, mentor, traveler of the same cycle, Rick Byars.

The season of closing cycles.

There is yet gold in California: the friends I made there and the experiences I had are the gold that make a life rich, and the sunny spun gold that cascades from my sweet Lauren’s head is all the proof that I need that aurium exists there yet.