Tom Friedman, the walrus-mustachio’d NY Times columnist and pundit, that frequent guest of the void of Charlie Rose’s studio, the author of the World is Flat, The Olive Branch and the Lexus, and countless – if my friend Alfredo Garcia IV is to be believed – howlers of rhetoric, reminded me in his article this Sunday of an acute talent of his. He has the ability to distill the political payload of a complex topic fit it in a single construct of a subject, verb, and a concluding period. 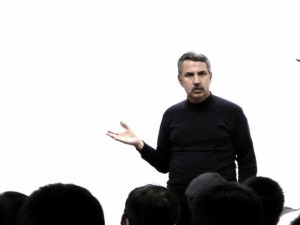 It has been a long established problem with the communications plans of the Democrats that, unlike the Republicans, their nuanced messages simply do not distill succinctly to a bumper-sticker platform. Want to know what Republicans (pace amici, I differentiate between Republicans and Conservatives) stand for? Try this out:

Guiding, succinct, and can fit easily with room to spare on the back of your Tahoe. Try that with a Democratic stance. Take, say, the particularly thorny issue of gay marriage. The Republican formulation is “TRADITIONAL VALUES,” leaving it pretty clear that their platform is a “No” on that one. But what’s the Democratic stance? “Well, we note that the objective fact is that marriage is a ceremony performed on top of a civil recognition of the granting of a marriage license, so in fact no one really has a marriage. You technically have a civil union whose paperwork is signed by an officiant with a state-recognized right so to do, but who also, in many cases, is a representative of a religious order…”. Undoubtedly someone who considers the matter could be led to the same point of view, but who’s, honestly, going to stay awake that long or fight their gut response long enough to allow their mind to be changed? If the R’s can put their platform on a bumper sticker, the D’s would have to print it on police tape and wrap it around their Prius nine times.

Ergo, match made in heaven. Tom could give the D’s the succinctness to, as the rhetorical scholar Foghorn J. Leghorn once said, “Spit it out, Son!” 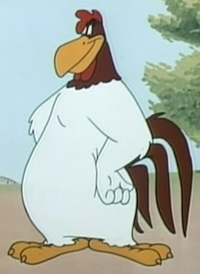 Case in point, in the article dated 23 January 2010, Friedman gives these one-liners:

" What the country needs most now is not more government stimulus, but more stimulation. We need to get millions of American kids, not just the geniuses, excited about innovation and entrepreneurship again.