I really think Barack, excuse me, The President is really the coolest world leader.

It was a hard choice… 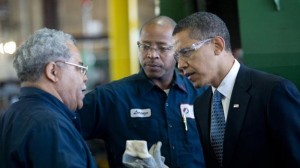 In all seriousness, I recall my mom once saying that in her childhood, the Kennedy era, they thought that the government were “cool” guys. I remember her saying this to me and thinking, this is somewhere in the Bush I era, “you’ve got to be joking.” Something died between Vietnam, Watergate, and has, I believe, for my generation, been dead until the election of Obama. Not ever having seen it before, we didn’t know to miss it. Having seen it again, I don’t think that I could well settle for less again.