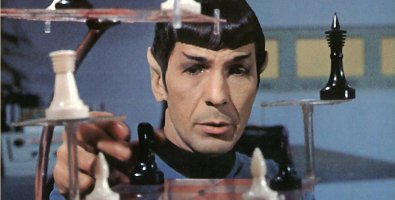 “Now remember Captain, you first have to look at the gender, number, and case of the adjective and coordinate the translated tense with respect to the infinitive”

If you want them to succeed in the world of technical, non-linear, cross-functional thinking, accept no substitute.

The argument could be made “but we live in an area with a strong Hispanic population ( uh, where? Anywhere in the lower 48? ) - Billy should learn Spanish.”

This is an understandable and pragmatic attitude. Spanish is a beautiful language that gifted us Lorca, Marquez, and Cervantes.

But here’s the thing, each step in latin is like a chess game, each tiny decision is the product of several threads collapsing to to a single point, and that point, in turn, opens up a wide path of contingencies that cascade into the text series of associations. Spanish, as I believe it is taught in the introductory level focuses on the quotidian tasks: “no me gusta el helado” or the particularly inane instruction of my French book “j’aime faire de la planche a voile”.

Much like making a chess move of placing a stone in “Go”, Latin invites careful pre-consideration, re-consideration, making a move ( but not taking your hand off the piece! ), un-making the, no wait, committing to the move, and being done with it. I have never, ever, ever encountered anything that taxed my mental faculties in a grueling, grinding, methodical, focused, unrelenting fashion.

And besides, picking up Spanish will be a snap with your Latin base in place. The skills for syntactical analysis would be without compare or companion and Romance languages, are by in large, pretty simple to master once you have one ( or an ancestor ).