What is it about tech conferences that makes individuals who work in a highly cerebral and reflective industry like software development go quite so nuts? Why the oral sex jokes, the thong-model backgrounds on slides, etc.? And why are the sponsors so willing to bring out Hooters girls or hire go-go dancers at their events?[1] In short, why does the tech conference misbehavior look so much like the hormonal, puerile misbehavior associated with Spring Break misbehavior? I believe that a contributing force rarely mentioned is the way conventions and their host cities (intentionally or not, tacitly or not) market the host city’s “vice” industries as a selling point[2]. 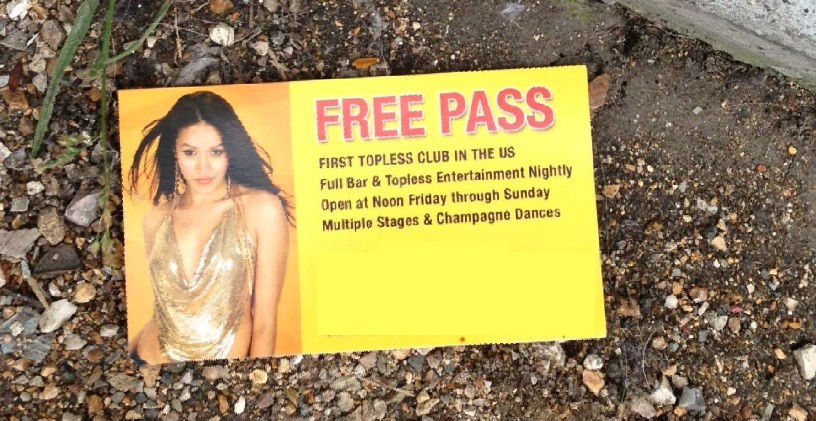 It comes down to capitalism and insecurity. The cities that build convention centers and hotel complexes court conventions to attract conventioneers and their filthy lucre. It’s like shooting fish in a barrel: conventioneers, unfamiliar with the city, without a car and and lacking their standard social support mechanisms are in the perfect mindset to dispatch their insecurities with expensive calorie-bomb comfort food and alcohol. Inflating local business revenues and procuring the tax-runoff thereof by attracting these hordes must seem like such an obvious win politically and financially. It’s no surprise that municipalities and their politicians so readily reach for the “build a convention district” plan for municipal funds recovery.

I further contend that there are a few cities that have acquired the reputation of being cities with a really good vice market: San Francisco (North Beach, Tenderloin), New Orleans (French Quarter), Miami (Everywhere?), and the 2 ton gorilla, Las Vegas (Everywhere!). When you go to a convention in one of the cities there’s the unstated “Yeah it’s in $VICE_CITY … nudge-nudge-wink-wink.”

It’s probably no surprise therefore that the picture atop this post was a bit of litter I found on the sidewalk a block away from San Francisco’s Moscone convention center.

I believe there’s a symbiotic relationship between the cities who say:

“Bring your convention here! We have hotel beds and restaurants and meeting rooms and, to sweeten the deal, you can bait a marginal number of conventioneers with our brand of just-enough-vice. Let’s get to filling your coffers”

and convention organizers who say:

“The Blah Convention 2013 is in $VICE_CITY: Come here for a convention, and you know what else!”

Both of these subtexts may (or may not) be entirely unstated but their presence cannot be denied.

And this proposition is, essentially, the same tourism pitch as for Spring Break. While Daytona Beach or Cancun don’t say what’s to be found after a fun day of beach lounging or snorkeling with friends, they don’t have to. Their reputations are sufficient to let the college-age voyagers know that just enough vice is around if you want it, and we know that some of you very much do.

So let’s imagine Mr. X, a mild-mannered suburban husband with two kids and manager of Windows infrastructure who gets the boss’ approval (and expense account blessing) to attend the Blah convention in $VICE_CITY (“Yes!” he thinks, having picked up the subtext).

It’s a few days away from the quotidian, learning (we hope) a bit about his passion for Windows 8, where he can get some great meals, enjoy maybe one or two more beers than usual, and have a good time with people Like Him. All Good, Clean fun, right? Mr. X flies out thinking: “I’m on Spring Break!”

But somewhere during the flight his homo-sapiens unfamiliar territory, abandonment-phobia starts kicking in. He’s gone from the home tribe. On the night of his flight in he checks in and enters that lonely hotel room, calls the wife back home and heads out for an average but overpriced meal and turns in early after half watching something on cable. But on the first day of the conference he meets this smiling, friendly guy, Mr. Id with whom he and Messrs. Y, and Z lunch and with whom they meld a new, albeit temporary tribe.

So when his fellow conventioneer Mr. Id sniggers a “that’s what she said” joke or points out someone’s “amazing rack…of servers.” Messrs. X, Y, and Z snigger along because they’re really just out to have a Nice Time and don’t want to be political about it and aren’t hurting anyone and gosh, I don’t want to seem like a stick in the mud to the tribe during Spring Break. Over time permissiveness calcifies into entitlement and things start to get nasty. And when Mr. Id suggests they go get shots well, dammit, Mr. X works hard and he was the T-ball coach this year. And when Mr. Id suggests a strip club that is on the same block as their hotel who’s to know and I’m a good guy and no one should rain on my Spring Break. And when someone says that the comments that the Messrs. Id, X, and Y are making are inappropriate well whoever says that can take a walk off a pier because I’m a good guy and deserve this, dammit.

And so, just like Spring Break where the men start one-upping one another (Spring Break’s alcohol poisoning or the “jump off the hotel roof into the pool” style accidents) you start to see the one-upsmanship leak onto the convention floor in a series of misbegotten ideas:

While I certainly don’t mean to imply that a convention in New Orleans or SF or any of these cities is guaranteed to engender a social environment where this is certain to happen, I think drawing a clear line between what individuals choose to do and what is associated with the conference is important. The organizers can make clear that what the individuals do is up to their free choice, but what happens in the convention-affiliated space needs to stay at a professional level.

I noticed that this year’s RailsConf has put their anti-harrassment policy and a picture of families in a park on their pre-fold content. To my mind this is a great way of saying: “associate these with our conference, we’re not spring break.’ I hope it works. I’m a bit weary of hearing about great conferences being undermined.

Upon discussing this draft with my girlfriend, also a developer in the industry, she pointed out that I had really only scratched the surface and I hadn’t offered any solutions and that I hadn’t given any advice for what women are supposed to do, or explained what to do about the fact that some women love a good “dongle” or “rack space” joke and are more irritated about being excluded than being offended.

She’s right, the topic is much bigger than this post can cover. My best hope with this post is to establish a [fire line] so that the problem doesn’t continue to get worse.