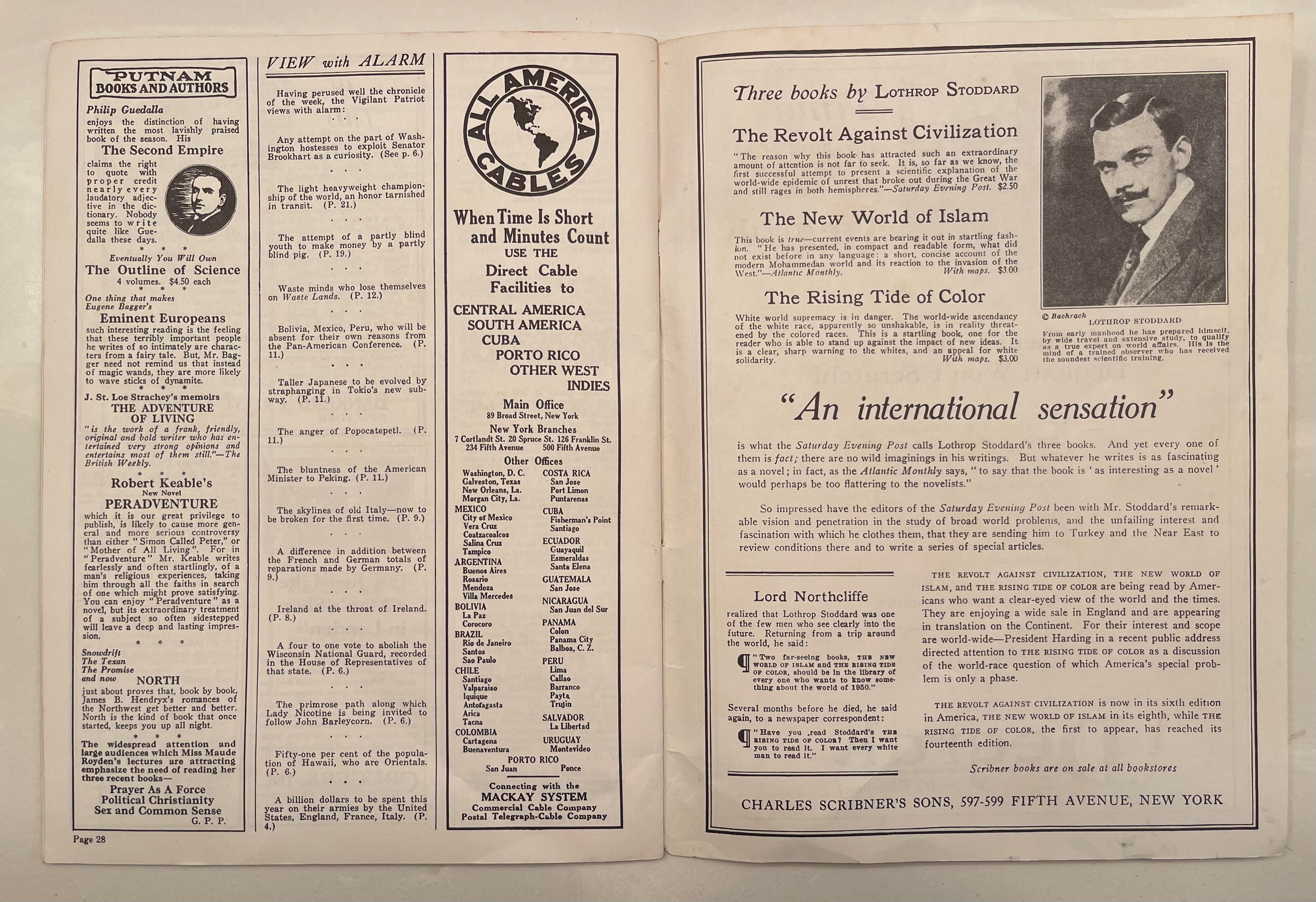 I frequently (too-frequently) kill time on Reddit and I came across someone posting a few scans from a discovered copy of the first edition of Time magazine.

I’m a bit of a weird bird in that I like to look at the ads from the nostalgic scans: Were they still giving heroin to cure toothaches? Had newfangled devices like the “ice-box” entered common commercial spheres? So I was struck by the serious looking, “Lothrop Stoddard” and his book “The Rising Tide of Color:”

White world supremacy is in danger. The world-wide ascendancy of the white race, apparently so unshakable, is in reality threatened by the colored races.

So here there we were, in 1923, pushing the “Great Replacement Theory” hokum that today Tucker Carlson pushes on his FoxNews show in the pages of what was to become one of the most important periodicals in American letters. Also note that Stoddard’s work wasn’t published by “Crank’s Press Unlimited: An Anti-Zionist Press,” but rather this was published at Scribner’s, again, one of the most storied brands in American publishing.

In my memories, there was one SNL sketch that I considered to be absurdly funny, but I never could find it on YouTube or any of SNL’s streaming services.

It was the 2nd, of what would become very, very, many, appearance of Alec Baldwin on the program. Here, he portrayed a 60’s-esque crimefighter: The Mimic! A few years ago I found that the showrunner Justin Roiland of Rick & Morty fame was also a fan and lamented its loss:

Why can't I find "the mimic" SNL sketch with @AlecBaldwin online anywhere? Been looking non stop since 5pm today #help

And, at long last, I can share it with you: The Mimic…and more. 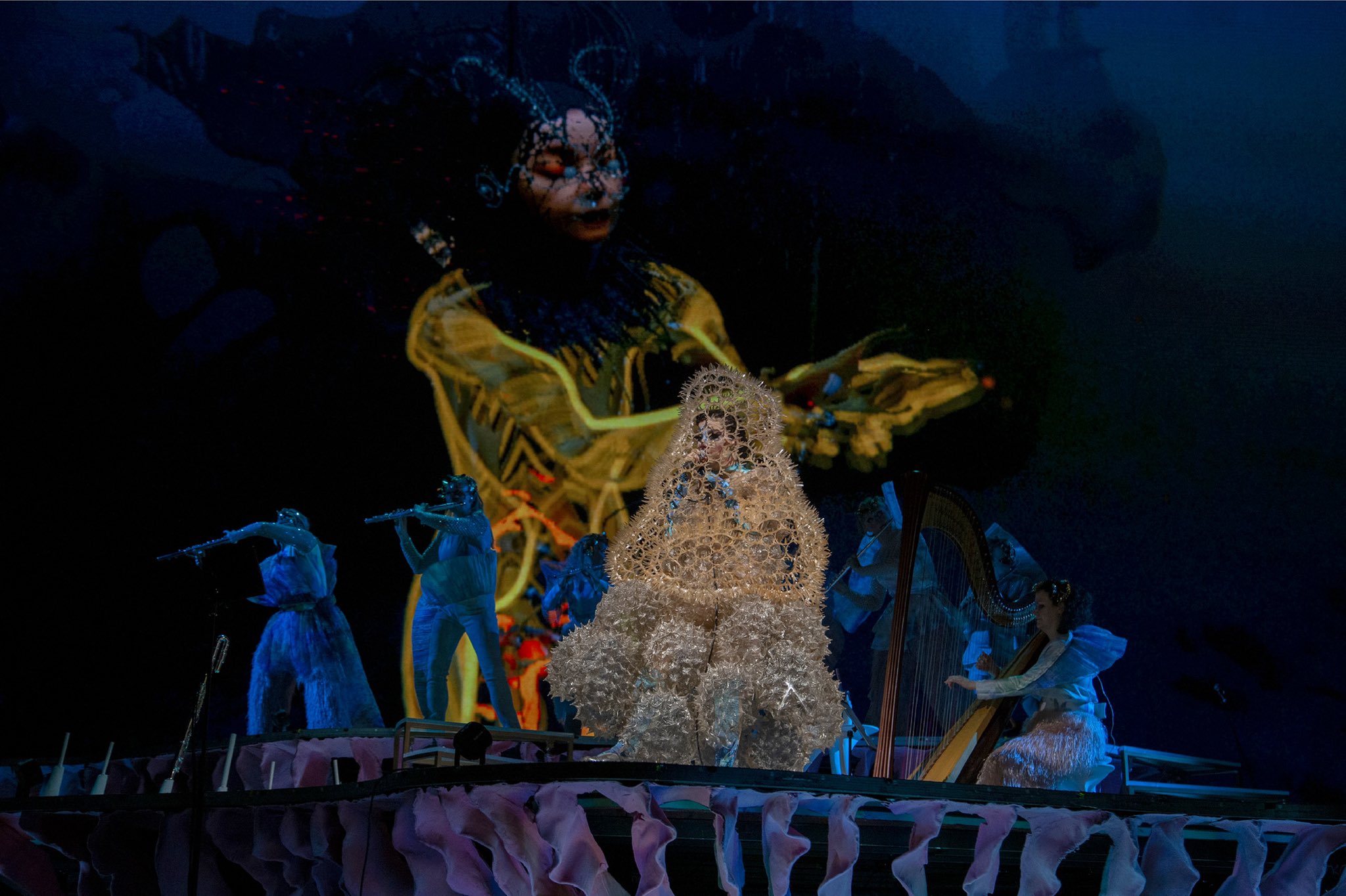 In one of my earliest book reviews, I reviewed the Southern Reach trilogy by Jeff VanderMeer. I wrote that a trope “that really interested me was how VanderMeer’s writing can be conceived of as a post-DNA-theory, “bio-philic” Lovecraftian horror” and I also acknowledged the source of that adjective as being the Icelandic artist, Björk.